How India Can Have an "Invincible" Military 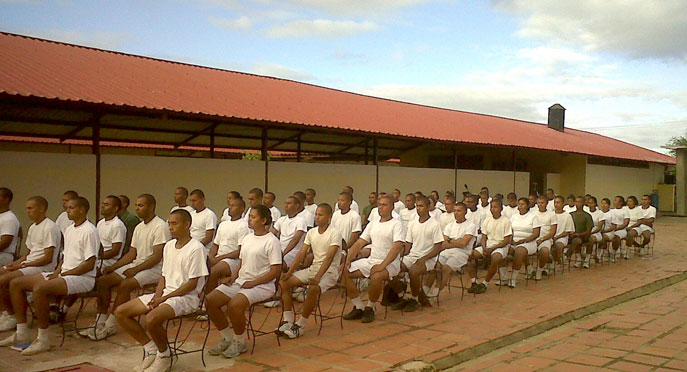 Although social scientists argue that research shows that our world is becoming a safer and more peaceful place, dangerous hotspots still exist. Ongoing tensions between India and Pakistan continue to threaten the peace and security of both nations. Over the years Iranian leaders such as President Mahmoud Ahmadinejad have repeatedly called for the destruction of Israel. In addition to perennial tensions in the Middle East, North Korean Deputy Commander Li Gum-chol recently threatened, "We will turn Seoul into a sea of flames by our strong and cruel artillery firepower, which cannot be compared to our artillery shelling on Yeonpyeong Island. We are training hard, concentrating on revenge to shock [South Korean President] Lee Myung-bak's traitorous group and the military warmongers in South Korea."

Such fiery rhetoric is not an encouraging indicator of enduring friendship, security and lasting world peace. If nuclear war were to break out between nations and/or terrorists were to acquire nuclear arms and other weapons of mass destruction, global tensions and engagement could rapidly escalate. This is why worried leaders like Indian PM Manmohan Singh as well as Pakistani counterpart, Syed Yusuf Raza Gilani, U.S. President Barack Obama, Chinese President Hu Jintao, Russian President Dmitry Medvedev, and United Nations Secretary General Ban Ki-moon attended the second Nuclear Security Summit (NSS) in Seoul, South Korea on March 26 - 27.

The summit, an extension of the first NSS meeting held in Washington, D.C., in April 2010, focused on the threat of global terrorism and how to keep atomic materials safe from rogue terrorists. Even if war does not break out between Israel and Iran, all countries are still in grave danger from all kinds of weapons of mass destruction. Despite progress in reducing nuclear arms, NSS participants and other conventional thinkers do not appear to have come up with any lasting solutions that can protect their nations against suicide terrorist attackers willing to die for their cause. (See: Preventing Nuclear Disaster, The Diplomat: 3 April 2012).

"Terrorism cannot be eliminated by destroying the terrorists. Any step in the direction of destruction only helps to create more terrorists. More terrorists only result in more waves of destruction. There is no wisdom in initiating a continuous theme of destruction in the name of protection. Prudence dictates eliminating the underlying cause of terrorism, war and all types of violence - collective social stress."

However, national leaders today have the option to consider and adopt a new, surprising, and scientifically verified method to reduce such stress. It is called Invincible Defense Technology (IDT) and has absolutely nothing to do with bullets, bombs, or killing. In fact, it has the potential to diminish the role of these concepts in the consideration of national security.

This technology of consciousness includes non-religious meditation practices called the Transcendental Meditation (TM) and TM-Sidhi program. They have been successfully applied by members of many faiths worldwide to produce societal coherence and eliminate conflict. In a military context, when large groups of military personnel have learned and applied these non-lethal and non-destructive technologies of consciousness, high levels of collective national stress have been greatly reduced.

In the summer of 2008, coauthor Dr. David Leffler was invited to present his provocative paper about IDT at the "International Sociological Association Research Committee 01 Seoul National University & Korea Military Academy International Conference on Armed Forces & Conflict Resolution in a Globalized World" and at the Korea Institute for Defense Analyses (KIDA). The paper was entitled "A New Role for the Military: Preventing Enemies from Arising - Reviving an Ancient Approach to Peace." Following the presentation, the paper received worldwide press attention, including publication in the Pakistani peer-reviewed The Journal of Management & Social Science.

Perhaps the IDT paper caught the attention of the world press because it is totally unlike any other defense technology. The goal of this unique, scientifically field-tested, brain-based technology is to prevent crime, terrorism and war. Extensive research shows that when IDT is correctly applied, the high levels of collective societal stress thought to be responsible for such social problems are greatly reduced. When people - particularly national leaders, who ultimately reflect the collective will of the people they represent - become less stressed, they think more clearly and are better able to resolve their differences amicably. In an environment of less stress, even staunch adversaries may find ways to overcome differences.

This transformation occurs when a military creates a large group of warriors (called a "Prevention Wing of the Military") trained in IDT. "Invincible" means "incapable of being defeated." Once these Prevention Wings have become fully operational, no enemy can be born, because the collective practice of IDT by these groups neutralizes the societal stress that gives rise to conflict. With no enemy left to fight, the military become invincible. Readers new to the IDT concept may find this previously published article about Ecuador's Military Prevention Wing in Police Writers to be of interest: "Combating Stress in Police Work and Preventing Crime, Terrorism, and War."

Perhaps due to Ecuador's pioneering precedent, a total of nine Latin American countries are due to achieve invincibility around the end of May due to their IDT deployments in military and educational settings.

Leaders in India have the possibility to make history by becoming the first Asian leaders to achieve invincibility by establishing a Prevention Wing. They also have an opportunity to listen to an online video by Dr. John Hagelin, the most knowledgeable IDT expert. Hagelin is a renowned Harvard-trained quantum physicist and executive director of the Global Union of Scientists for Peace (GUSP, http://www.gusp.org) and appeared in the movies What the Bleep Do We Know and The Secret. Dr. Hagelin and U.S. Coast Guard Captain Ray Seebald (Ret.), a military aide to Presidents Ronald Reagan and George H.W. Bush, spoke during the NSS about IDT on March 27 at the Seoul Press Center in Seoul, South Korea. Most of the main points of Hagelin's presentation are available online on a previously recorded video and its transcription at: http://www.istpp.org/military_science/Hagelin_military_lecture.html.

The Global Union of Scientists for Peace, a coalition of Nobel laureates and leading scientists, was founded to avert the growing threat of nuclear proliferation and nuclear war and to promote safe, innovative, scientifically proven technologies for national security and global peace.

Dr. Hagelin showcased the results of more than 50 published studies verifying the effectiveness of IDT's brain-based approach to international security and peace - an approach that neutralizes the acute ethnic, political, and religious tensions that fuel violence, terrorism, and social conflict.

"In recent years, a powerful, innovative approach to peace has been extensively field-tested - in the Middle East and throughout the world," Dr. Hagelin says. "The consistent result has been dramatic reductions in terrorism, war, and social violence. These findings have been replicated, published in leading academic journals, and endorsed by hundreds of independent scientists and scholars. The efficacy of this approach is beyond question."

Hagelin asserts that this extensive IDT research indicates that IDT operates at the Planck scale, which is more fundamental and far more powerful than the level of the nuclear force. Now that pioneering Latin American countries have already based their defense on this level of the unified field of all the laws of nature, a phrase from the movie Star Wars describing a force ". . . more powerful than you could possibly imagine" comes to mind. Is this an overstatement? Maybe not! According Hagelin, the technology of the unified field is a thousand million million times more powerful than the nuclear force. Years from now, in retrospect, it is likely that the previously mentioned Latin American IDT development may have far more historical significance than the United States military's Manhattan Project quest to develop nuclear weapons.

It makes sense for the military of India to implement the ultimate unified field-based technology. It operates on a much more powerful level than even the dangerous but now obsolete nuclear defense technology that some countries and terrorists are alleged to be developing. The military is an ideal group to implement IDT because it has order, chain of command, and coherence that can be used in an unconventional and non-confrontational way (through implementation of IDT) for the benefit of India. India's military troops stand ready to follow the orders of their superiors. If the commanders think and plan clearly to deploy IDT for the well-being of the nation, the troops will follow.

If India's military leaders do not act quickly, they will lose their chance to make history. Nepalese commanders are already beginning to think this way. Previously quoted Lieutenant Colonel Jitendra Jung Karki has already explained how Nepal could benefit from IDT in his 2008 groundbreaking article "Invincible Nepal: An Ancient Vedic Technology for Modern Security Challenges of Nepal" published in the Nepalese military periodical Shreenath Journal. It describes how all areas of society will be simultaneously enriched by this holistically life-supporting, life-benefiting technology. IDT is enormously effective and cost-effective, and the results are immediate. All that is necessary is to provide the proper training for a group of military personnel - or indeed any large group within the country. India also has the opportunity today through IDT to create a coherent government, national security, invincibility, and lasting peace.

IDT originates from ancient Vedic tradition. To its credit, Nepal's military already follows some Vedic martial traditions such as its military Yagya ceremonies. Likewise, India also honors its ancient Vedic tradition. All India needs to do now is to have its military also add the cutting-edge and scientifically validated Vedic-based IDT to meet its defense needs. Leaders in India could make their mark if they adopt this most ideal defense system. The implementation of IDT would become a turning point in the history of India's national defense, and India would lead the world into perpetual peace.

Dr. David Leffler, received his Ph.D. in Consciousness-Based Military Defense from The Union Institute & University in Cincinnati. He served as an Associate of the Proteus Management Group at the Center for Strategic Leadership, US Army War College. He now serves as the Executive Director at the Center for Advanced Military Science (CAMS). Dr. Leffler teaches IDT and is available at: http://www.StrongMilitary.org.

This article (or others similar to it) have been published at these locations since the Seoul, South Korea News Conference:

Jewish Press International is featuring How Israel Can Have an ‘Invincible’ Military.

India Times is featuring the Nepal article: How Nepal Can Have an Invincible Military.

Naya Patrika is featuring the Nepal article: How Nepal Can Have an Invincible Military.